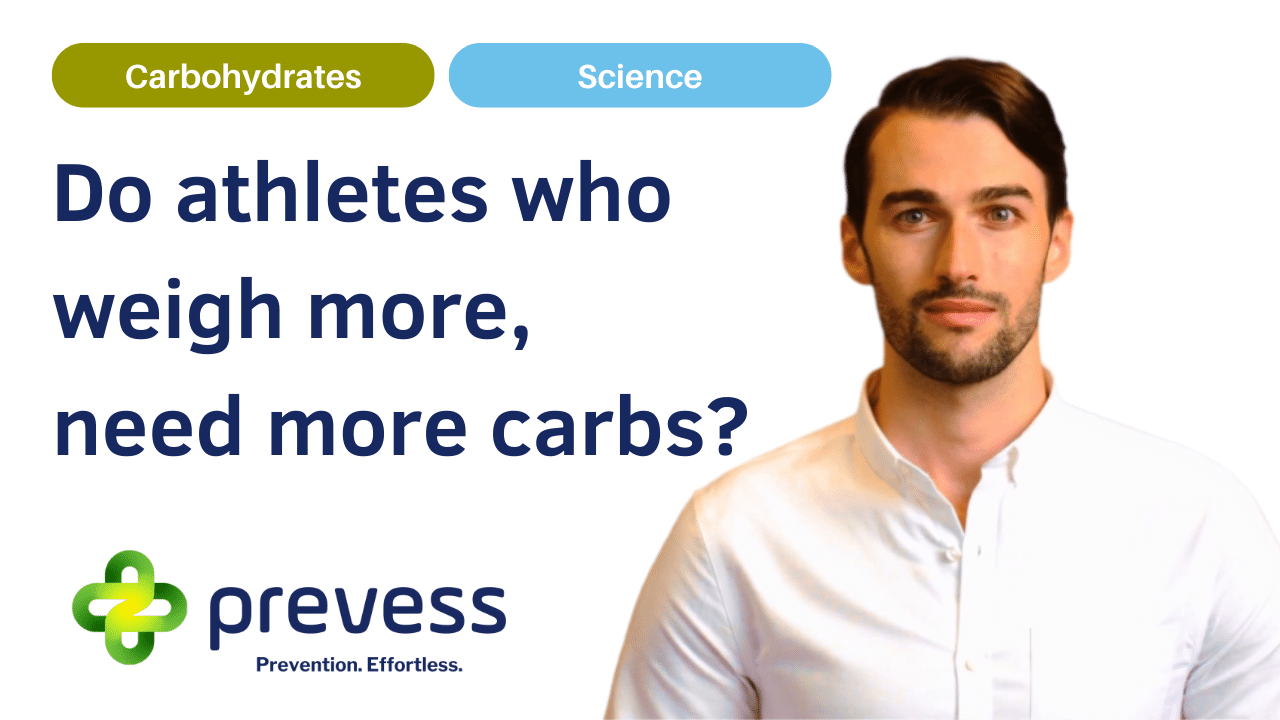 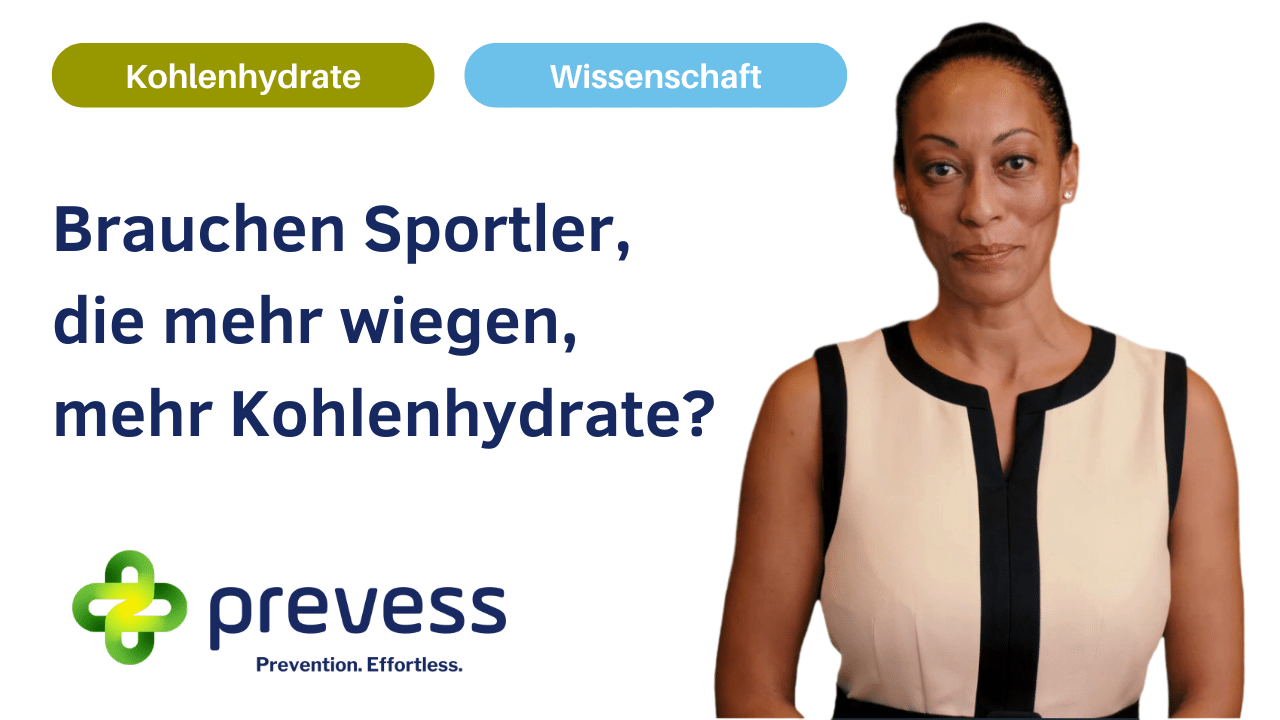 Recommendations for how much carbohydrate to eat during exercise are given in grams per hour and depend on how long the activity lasts. They are not given per unit of body mass, so the recommendation is the same for a female runner who weighs 50 kg (110 lbs) and an athlete who weighs 90 kg (198 lbs). This doesn't make sense, but there is a reason for it.

Several studies show that there is no link between body mass and the amount of carbs burned after 2 hours of exercise.

Why aren't the suggestions given per unit of body weight?

In general, the longer an activity is, the more carbs you should eat while doing it. Carbohydrates are only needed in small amounts (up to 30 grams/hour) for a one-hour bike ride, but small amounts have been shown to improve exercise performance. When you work out for more than 2 hours and especially when you work out for more than 3 hours, you should eat between 60 and 90 grams of carbs per hour (with certain combinations of carbohydrates recommended when intake exceeds 60 grams per hour). The intensity of the exercise also plays a role. For example, an athlete who moves more slowly and uses less total energy per hour won't need 90 grams of carbohydrate per hour. But body mass isn't important. The advice about how many carbs to eat during exercise doesn't take into account how big a runner is. The advice is the same for a 110-pound woman who runs and a 198-pound man who works out.

The advice about how many carbs to eat during exercise doesn't take into account how big a runner is.

At first, this may seem strange, but there is a simple reason for it. The rate at which a drink's carbohydrate is used depends on how quickly it can be absorbed. The limiting factor is how well the food is absorbed in the gut. Put simply, if you don't take it in quickly, you can't use it quickly. Both light and heavy athletes' intestines seem to absorb carbs at about the same rate. So, the muscle also uses carbohydrates at the same rate.

It looks like the intestines of both light and heavy athletes absorb carbs at about the same rate. 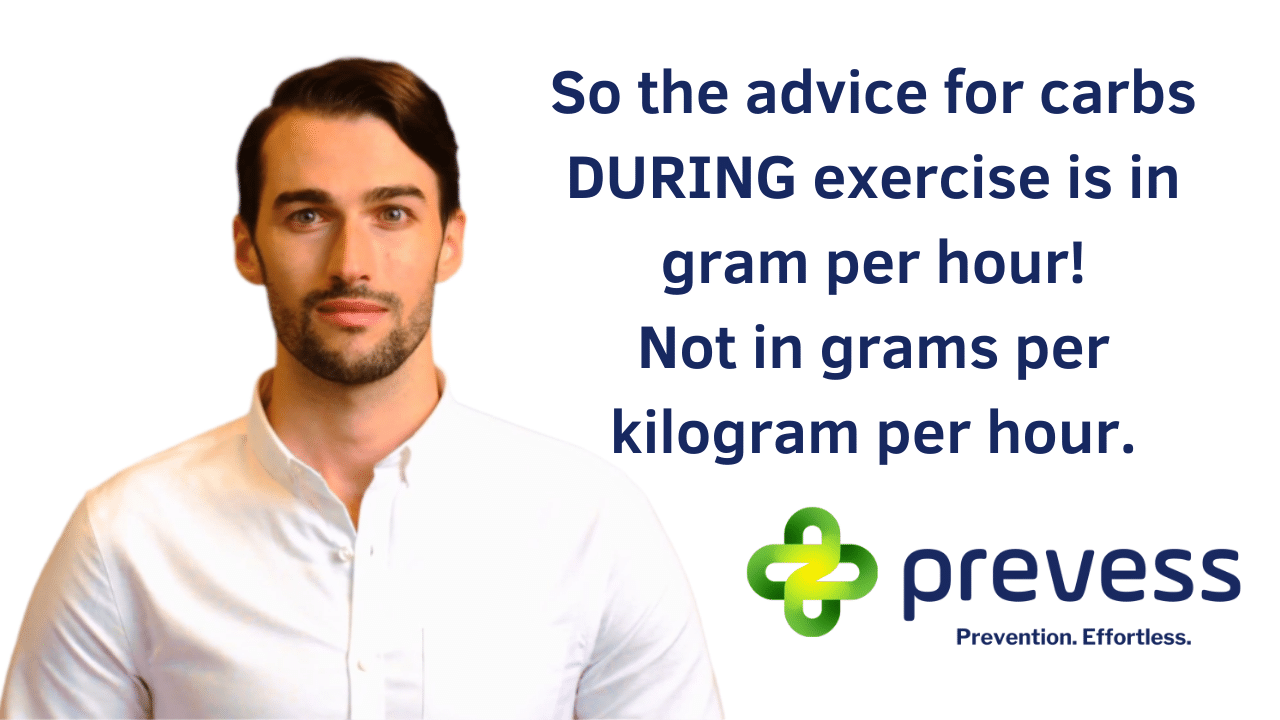 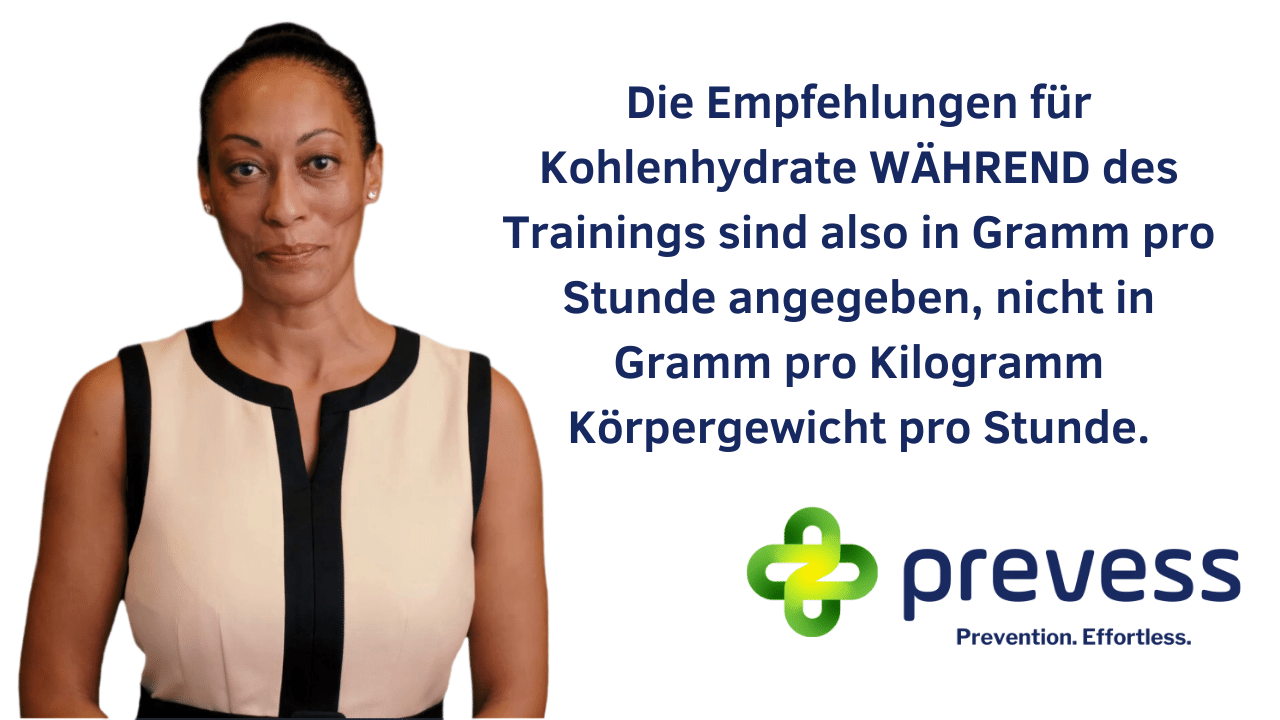 On the horizontal axis, the weight of the people who took part in these studies ranged from about 60 kg (132 lbs) to 95 kg (209 lbs). It is clear right away that there is no link between body mass and the amount of carbs used from the drink.

So the advice for carbs DURING exercise is in grams per hour! Not in grams per kilogram per hour. From a practical point of view, this makes it much easier. It's important to remember that recommendations before and after exercise are given per kilogram of body mass because they have to do with glycogen stores, which are related to muscle mass and body mass.

Here is the source for a deep dive if you like: